TOPIC: THE WAGES OF SIN IS STILL DEATH

For the wages of sin is death; but the gift of God is eternal life through Jesus Christ our.

21. But if the wicked will turn from all his sins that he hath committed, and keep all my statutes, and do that which is lawful and right, he shall surely live, he shall not die.

22. All his transgressions that he hath committed, they shall not be mentioned unto him; in his righteousness that he hath done he shall live.

23. Have I any pleasure at all that the wicked should die? saith the Lord GOD; and not that he should return from his ways, and live?

Though many people seem to have forgotten, I want to remind you today that the wages of sin is still death. Death is a salary for sinners as stated in Romans 6:23. The sinner cannot dodge it; you work and you must get paid. Ezekiel 18:20 says:

There are three categories of death. One is physical death. Sickness is an agent of physical death. In Mark 2:5, Jesus forgave the sin of the paralysed man before healing him. If sin does not get out of the way, sickness would remain and eventually kill the fellow.

Jesus told the man at the pool of Bethesda after healing him that if he went back into sin, a worse illness would come upon him (John 5:14). Physical death could come through sickness when sin is in the life of a man. Open Heaven 20th July 2020 Daily Devotional

The second category of death is material death. In Deuteronomy 28:15-24, there is a list of curses for those who will not obey God. If you read that scripture, you would be amazed at how many of those curses have to do with poverty. Many people are wallowing in poverty simply because they refuse to let go of sin. If only they could turn a new leaf and live holy, they would enjoy great blessings they never thought possible.

Lastly, there is spiritual death. This is the most dangerous; it is separation from God. In Genesis 3:8-10, Adam and Eve ate the forbidden fruit and the moment they heard the voice of God, they ran. God wasn’t the one chasing them; it was their sin.

When you commit sin, you automatically run from God; the intimacy between you and Him is destroyed. Once the devil sees that you and your protector are now apart, he attacks with all kinds of issues. Spiritual death leads the sinner to eternity in hell. May you not experience spiritual death in the mighty name of Jesus. 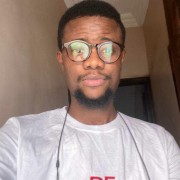 OPEN HEAVENS DEVOTIONAL FOR SUNDAY 28 FEBRUARY 2021 – NOT FOR DOGS

OPEN HEAVENS DEVOTIONAL FOR SUNDAY 28 FEBRUARY 2021 – NOT FOR DOGS