As the world battles through the ongoing coronavirus pandemic, Kylie Bokolo renders hope through trials and uncertainty.

After the release of her singles “Because Of You”, “Imela”, “Hallelujah” and “Holy God”, Kylie finally releases her debut 11-track studio album titled BECAUSE OF YOU.

The album features inspirational original songs that are sure to uplift hearts and stir up spirits as we weather the storms of life.

The songs carry you through her journey of relationship, victories, hope, faith, love and transformation through Yeshua Hamashiac.

“God and faith have been my driving force,” says Kylie.

“One thing is for sure God is God and He is our Father, because of him we are assured that this too shall pass and because the Lord is our shield and rampart we will win this battle and the sun will shine again.

“My desire for this album is that every one who listens will reconnect and reconcile with the Sovereign God and plug in to worship our Lord God in spirit and in truth in our songs and with our lifestyle bringing glory to his name that the hopeless will find hope again and those who are lost will find their way back to the Father. May hearts open, may heart soften and may hearts bow in total surrender to the supreme God.

“Because of You, we triumph through Jesus Christ our Lord.”

1. Because of you (Produced by Wilson Joel)

2. Be Exalted (Produced by Wilson Joel)

5. You are God (Produced by Segigo)

7. That Name (Produced by Dalor Beats)

Special appreciation to everyone who contributed to making “Because of You” Album a reality.

Thanks to Wilson Joel for your contribution on the songs and also mastering all the songs in the Album.

Thanks to Loretta Cookey for Backing Vocals in the songs below:

Thanks to Segigo Ajo of Mustard Breed Productions for your input in following the songs:

Thanks to Dalor Beats for for your contribution on the following songs:

Thanks to Shabach for playing the keys and Mixing (Our God You Reign), Chinedu Stanley For the (Guitar Leads) and Kay Dada on the (Drums)

All songs written and arranged by Kylie Bokolo. 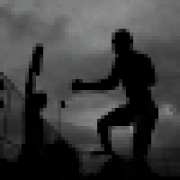 [AUDIO] Restless Gospel Synphony – My everything

[AUDIO] Happiness Ibeh – I Give You Praise

[AUDIO] Restless Gospel Synphony – My everything

[AUDIO] Happiness Ibeh – I Give You Praise